Scammed twice in 24 hours and I love it

Feb 28th, 2017 By Mark Liangco
Within the first 24 hour of landing in Vietnam, I already got scammed twice. Let’s get down to the details.

I arrived to Ho Chi Minh (aka Saigon) at 12:20 am, barely sleeping on the flight from Manila. I decided to delay my purchase of a sim card as I thought it will be more expensive in the airport (more on this later). In any case, I fired up Uber and… it’s not working for me.
The last time I used Uber was back in June for EDC 2016 and somehow the long period of being inactive raised a red flag. Determined to fix the problem, I tried and troubleshoot but alas, I could not get it to work. I downloaded GrabTaxi, an Uber alternative here in South East Asia, to get to the hostel. To sign-up though, you would need a valid phone number.
Now, what I should have done is buy a sim card and call a GrabTaxi but considering it’s already close to 2:00 am at this point, I suckered up and got into a taxi.
Total damage? $13 USD. Cost of an Uber Ride to the Airport? $3.

Morning after, everyone in my group was still asleep so I decided to just walk around to experience the city. First mission? Get a sim card.
I looked around the area couldn’t find a single place that sells sim cards until I finally saw this stand. An old lady in a cart flagged me down with a sim card in hand and told me she’s selling one for 250,000 dong (~11 USD) for 4 GB data. Being desperate, I bought it.
Hours later, I was told by my traveling buddies that they got sim cards for $4 for 3GB with one of us getting a STEAL by getting a 7GB plan for $6.
But that’s not the end of the story.
4 days later, my sim card stopped working. I swung by the data carried to get this issue fixed and they told me that I only had a 450mb plan…
And so I had decided to get the $4 plan for 3GB from the official carrier so that I’m sure that it works this time around.
Total Damage? $11 USD for initial sim card.

This is how things are done here and I got to experience it first hand. You can say that it’s my initiation to traveling to South East Asia!
You say glass half empty, I say glass half full.
Tags: 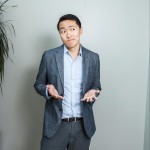